What is Sleep Apnea?

Sleep apnea is a disorder where breathing is repeatedly interrupted while asleep. This leads to regular starting and stopping of breath. Sleep apnea is associated with a variety of negative short-term and long-term effects.

Sleep apnea is usually classified as either obstructive sleep apnea (OSA) or central sleep apnea (CSA). The classification is determined based on the more predominant type of event.1 Often people with sleep apnea have a combination of both obstructive and central events.

Obstructive sleep apnea (OSA) occurs when the body tries to breath, but a narrowing or obstruction of the breathing passages prevents air from flowing freely. The obstruction can be due to bodily features or a relaxation of the muscles in the chest and neck during sleep.2

Central sleep apnea (CSA) occurs when the brain fails to signal the breathing muscle (diaphragm) to activate. As a result, the person either “forgets” to breathe or breathes less deeply than normal.3 Notably, “pure” central sleep apnea (no obstructive events) is uncommon. Central Sleep Apnea generally refers to patients who have more central events than obstructive events.

Other classifications of sleep apnea can also be used. Mixed apnea refers to events that are both central and obstructive in nature. Typically, the apnea will begin as central and then an airway obstruction will follow.3 Complex apnea typically refers to central events that arise only after positive airway pressure (PAP) therapy is applied.4

What is Central Sleep Apnea?

Central Sleep Apnea is defined as “the temporary withdrawal of central (brainstem-driven) respiratory drive that results in the cessation of respiratory muscle activity and airflow.”5 To better understand this definition, it is helpful to compare central sleep apnea with normal breathing. In a healthy patient, the brain signals the breathing muscle (diaphragm) to contract at regular intervals. The signal to breathe travels from the brain stem down the phrenic nerve and then to the diaphragm, causing a contraction. This contraction of the diaphragm pulls air into the lungs. For patients with central sleep apnea, the brain fails to send regular signals to the diaphragm. The result is an extended “pause” of breathing, ranging in duration from roughly 10 to 40 seconds. An episode may result in:

These events can happen multiple times per hour—sometimes as frequently as once per minute. However, these sleep disturbances are often not enough to fully wake the patient. A patient’s sleep partner may actually be more likely to identify the breathing disorder than the patient himself/herself!

Inability to fall asleep or get restful sleep

Periodic breathing appears when people are exposed to high altitudes. This may be due to how your body responds to changes in the atmosphere.2

Certain medications, including opioids, can disrupt the breathing pattern and lead to central sleep apnea.2

Treatment emergent central sleep apnea refers to central events that occur when a person is using Positive Airway Pressure (PAP) therapy such as CPAP or BiPAP. Reasons for treatment emergent CSA may occur due to an increased number of arousals during titration, mask leak, or overtitration. This may improve with ongoing PAP use.2

In some cases, an underlying cause or association for central sleep apnea cannot be identified. This is rare in the general population and is generally diagnosed by ruling out other causes.2

Phrenic Nerve Stimulation (brand name remedē®, remede.zoll.com) is an FDA-approved, implantable, non-mask therapy for moderate to severe central sleep apnea in adult patients. The device activates automatically each night to send signals to the breathing muscle (diaphragm) via the phrenic nerve to restore a normal breathing pattern. It monitors respiratory signals while you sleep and helps restore normal breathing patterns. Because the device is implantable and activates automatically, it does not require wearing a mask; however, as with any implantable device procedure, there is a risk of implant site infection.12

Physicians may recommend the use of supplemental oxygen for patients with central sleep apnea. Various options can be used to deliver oxygen to the patient.13

Pharmacological agents such as acetazolamide and theophylline have been attempted as therapies for central sleep apnea. However, limited data has been collected for the efficacy and safety of these therapies.

Restorative sleep is important for our physical and mental wellbeing. Addressing central sleep apnea may improve a person’s sleep breathing, sleep quality, and quality of life. 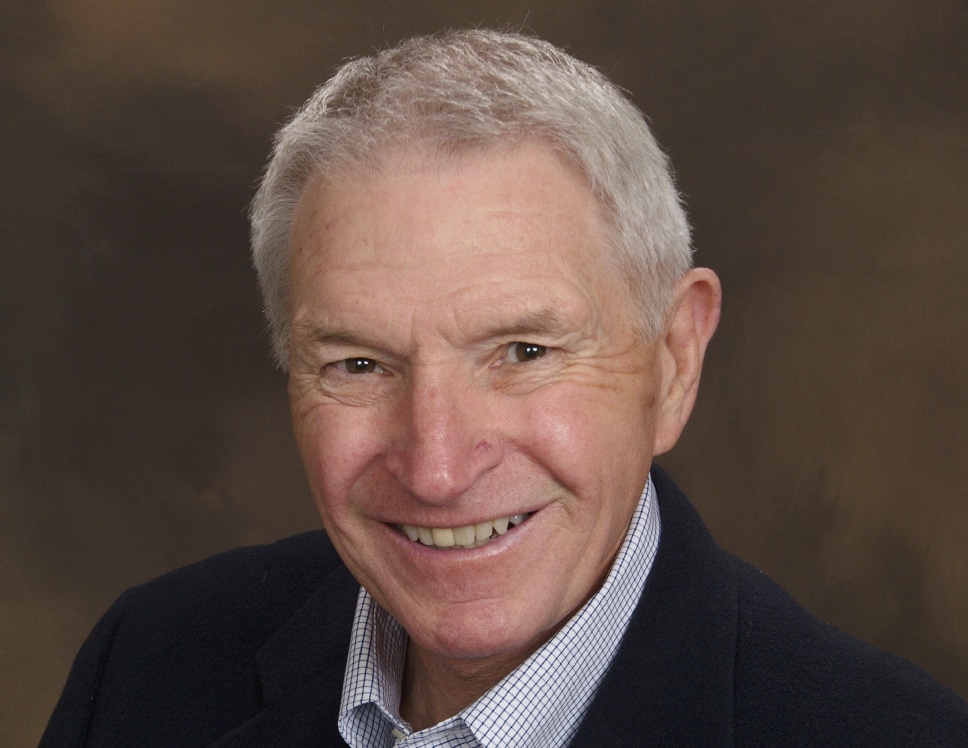 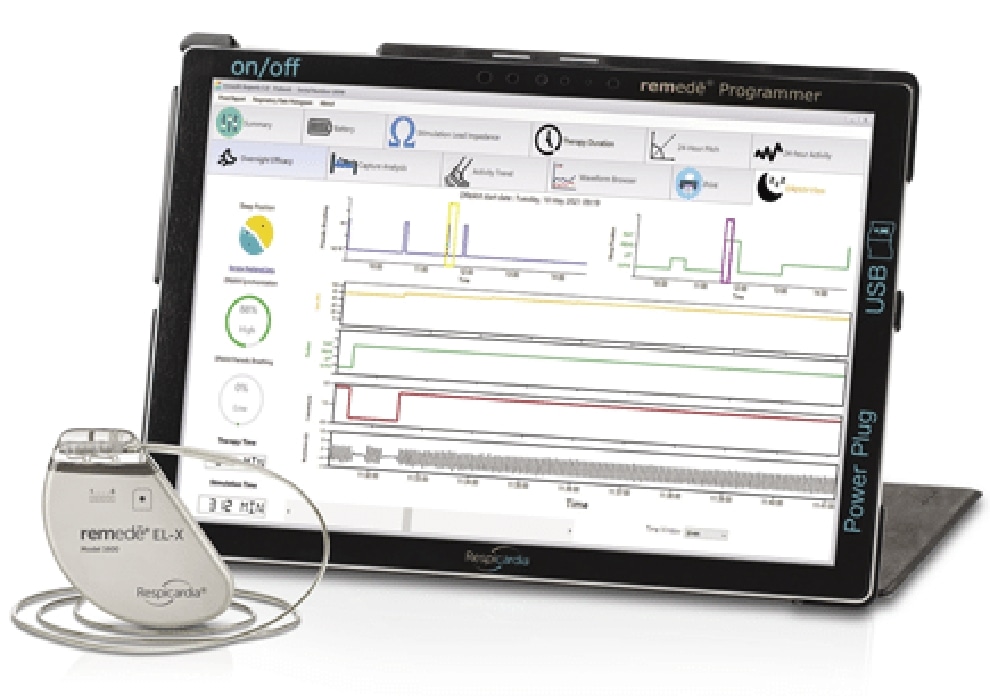 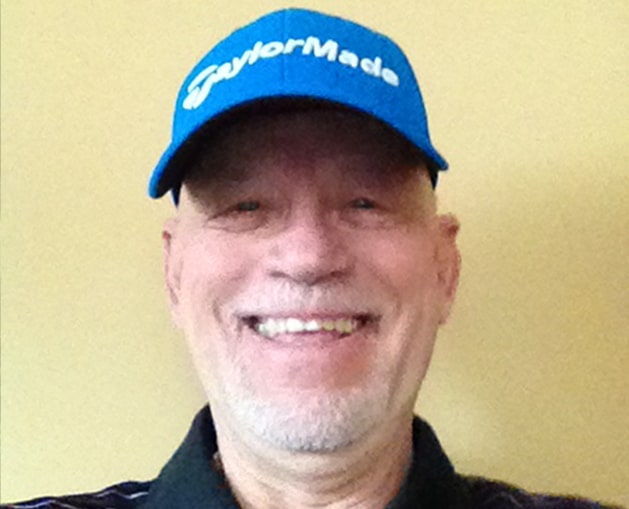 The remedē® system is indicated for moderate to severe Central Sleep Apnea in adult patients.

Your doctor will need to evaluate your condition to determine if the remedē system is right for you. You will not be able to have an MRI or diathermy (special heat therapies) if you have the remedē system implanted. The remedē System may be used if you have another stimulation device such as a heart pacemaker or defibrillator; special testing will be needed to ensure the devices are not interacting.

As with any surgically implanted device, there are risks related to the surgical procedure itself which may include, but are not limited to, pain, swelling, and infection.

Once the therapy is turned on, some patients may experience discomfort from stimulation and/or from the presence of the device. The majority of these events are resolved either on their own or by adjusting the therapy settings. The remedē system may not work for everyone. There are additional risks associated with removing your system. If you and your doctor decide to remove the system, another surgery will be required.

Be sure to talk with your doctor so that you thoroughly understand all of the risks and benefits associated with the implantation of the remedē System. Rx only. For further information, please visit remede.zoll.com, call +1-952-540-4470 or email info@remede.zoll.com.